Disclosure: This post is part of my recent all-expense paid trip to Hollywood, CA provided by Disney.  However, typos, misspelled words, and opinions are 100% mine.

The Million Dollar Arm Premiere was fantastic! It’s always exciting returning to L.A. to visit El Capitan Theatre again for another red (Green carpet) carpet premiere as the Million Dollar Arm was!  This movie is definitely one you don’t want to miss, but I warn you, you will want to see it MORE than TWICE, guaranteed! 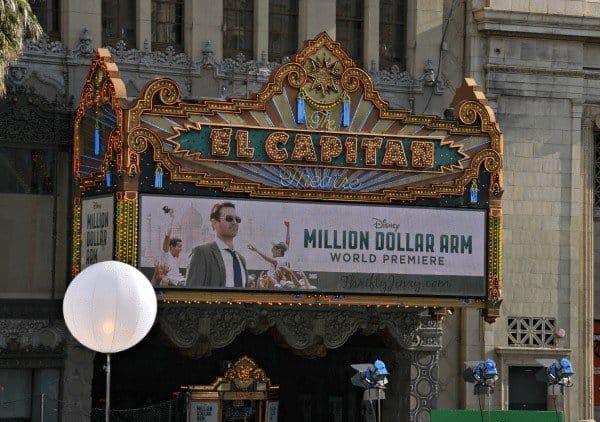 You really feel like a star walking down the red (green) carpet but a lot of fun happens before and after the red carpet. There were some fun pre-red carpet festivities.

What’s that all about you might wonder? For one, mingling with the stars like, Jon Hamm, of the movie plus others that were invited, was the ultimate.

Not only did we see Disney Channel stars, but we got to sit in front of Pitobash (Amit), Madhur Mittal (Dinesh), and Suraj Sharma (Rinku)! THAT WAS Cool! 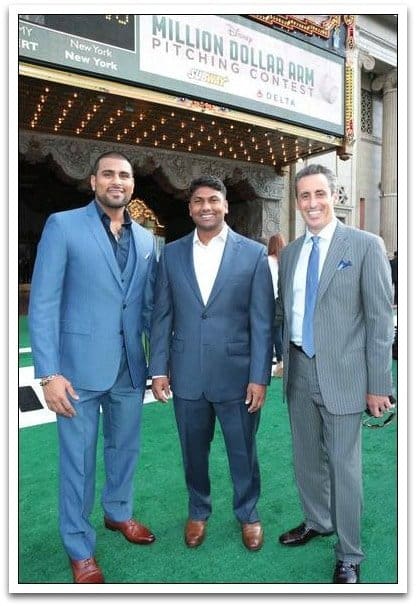 After the pitching contest, we had more pre-game festivities and of course, they provided us with ballpark food, can you guess what they gave us?

HOT DOGS, YES, they were delish, Subway sandwiches, soda, candy, and some many great treats. Among the contestant for the Million Dollar, I am proud to say we’re THREE pitchers from Florida!

Even though none won, it was a true honor to see them get this far!

We were even allowed cameras on the red carpet so you can bet I took lots of pictures and I can’t wait to share those with you. We had to hand in our cameras at the door to security at the theatre of course as they don’t want anybody to take any videos.

The Food, The Fun!

Then it was one of the best parts watching Million Dollar Arm, munching on popcorn and drinks while we enjoyed this fabulous movie.

Even though we had watched the movie the day before and made us shed a few tears, this second time around was no different.

It was 123 minutes but it flies by and it’s definitely a home run. Of course, I had to throw in some baseball references there. 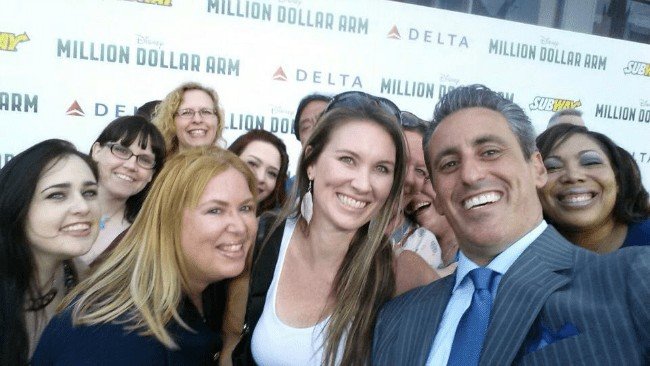 The MILLION DOLLAR ARM movie will be sneaking in theatres this Saturday night, 5/10 in over 500 theatres across the country before it opens wide on 5/16 !!! Go HERE for more information!