This post is part of my all-expense-paid trip to San Francisco, CA provided by Disney. However, typos, misspelled words and opinions are 100% mine.

Orson Krennic is the big bad in Rogue One: A Star Wars Story. He’s the guy responsible for building the Death Star and bringing its world-destroying power to bear.

As part of the #RogueOneEvent interviews we attended last week in San Francisco at Lucas Film headquarters, we also got to chat with the man behind the character, Ben Mendelsohn, and discuss the villainous Orson Krennic and how he felt about being a part of one of the most important installments in the Star Wars franchise. 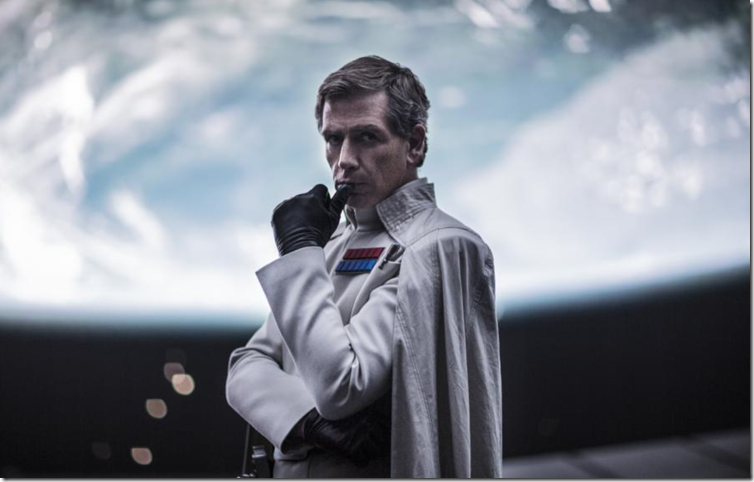 When Ben Mendelsohn walked into the room, I knew it was going to be a fun interview. Like the other cast members we interviewed, Ben was personable and seemed genuinely happy to talk to us. He was an absolute gem, so getting to hear his thoughts on Orson Krennic and being a part of the Star Wars family was an absolute joy.

Ben on Being Orson Krennic

We began the interview with Ben giving us a brief overview of the big bad in Rogue One, Orson Krennic.

“He is the director of military intelligence and operations,” he said. “And for the purposes of our film, it means he’s the dude that built the Death Star and is bringing it to its final brilliance.”

We’d heard that Ben was a Star Wars fan, so of course, we had to ask if he ever imagined he’d be an Empire villain.

“No,” he said. “No, I mean – but that’s the folly of youth, isn’t it? No one imagines that they’re going to end up on the side of The Empire. But you get older. You come to realize the peace and stability in the galaxy is worth fighting for and that all these airy, fairy ideals of The Rebellion are very well and good, but what happens when they get into power?”

It sounds like maybe Ben got a little TOO into his part! 🙂 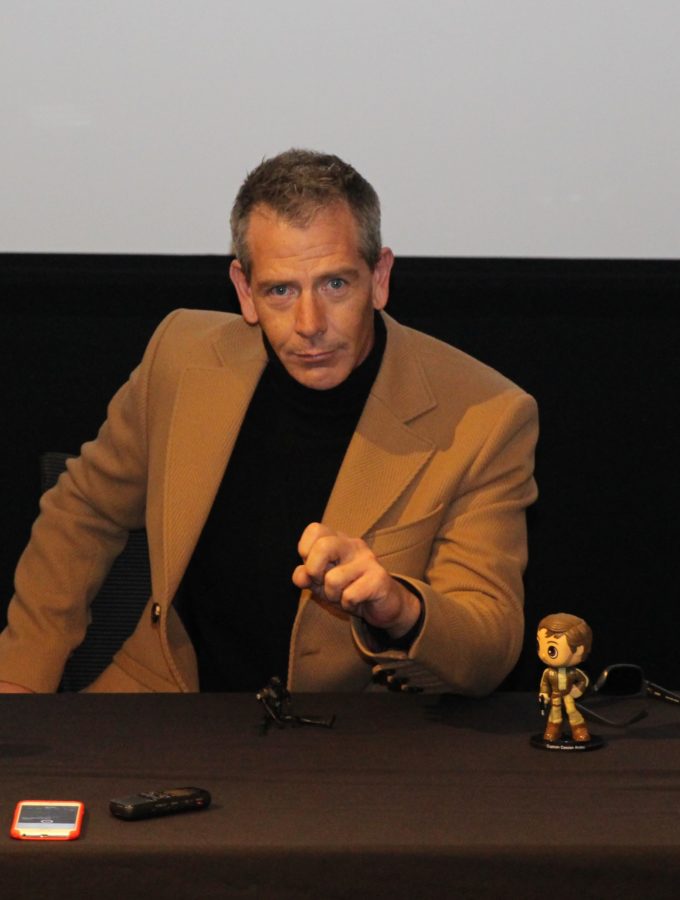 Ben on Being the Consummate Villain

As you may know, Ben has played his fair share of villains. When we asked him about how he felt about being the consummate bad guy, Ben said, “That’s my recent body of work. That’s me – you might call it my unlikable sociopath phase.”

When we asked him about whether or not he prefers to play a villain, he said there was more depth to being a villain.

“Well,” he said, “I do think there’s a certain palette of emotions that you get to work with more if you’re playing, you know, the bad guys. Like the angry, resentful, enraged sort of stuff. I think I consider it a real honor to be playing, you know, bad guys – certainly in this film – and there’ll be one or two more. But look, I’ve had a long and varied career.” 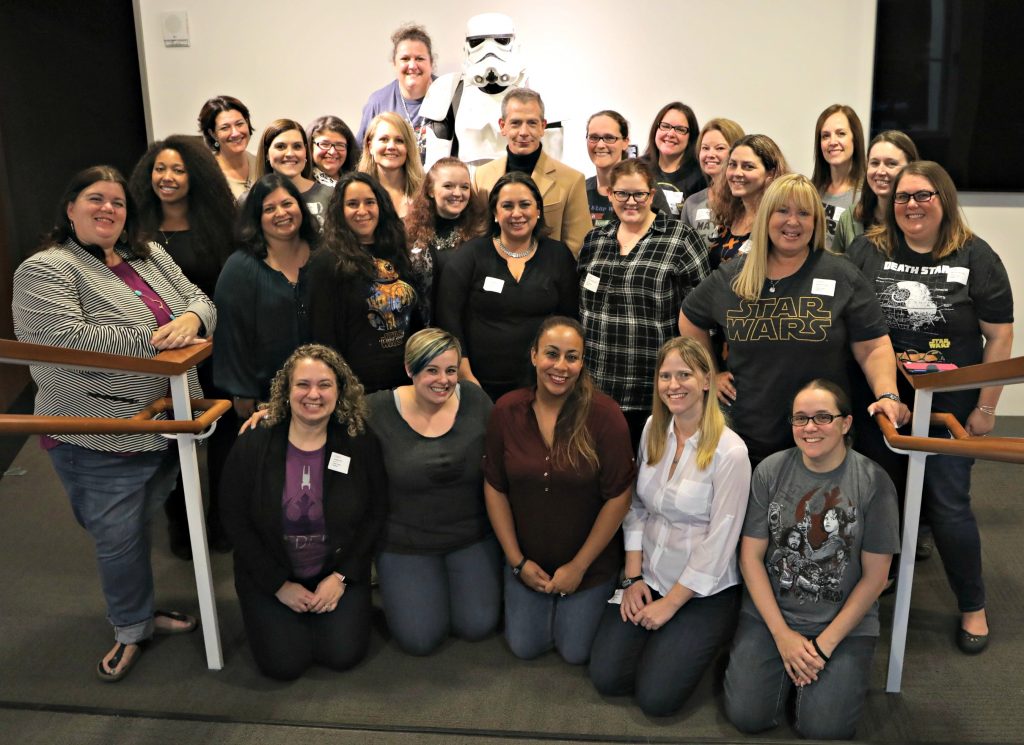 Ben on Who is More Dangerous – Darth Vader or Orson Krennic

Orson Krennic may be responsible for bringing the Death Star to bear, but his superior is Darth Vader. So of course, we had to ask who was a more dangerous villain – Darth Vader or Orson Krennic.

“And so, really, it’s about influences. You know where you sit. You know the Emperor’s here and how close can you get? And I think Krennic is going for that number. And I mean, I think he regards Darth as, you know, the Emperor’s kind of pet, and, you know, he’s all fascinated with him and stuff like that.

“He’s a very impressive dude, but there’s a bit of, like, this going on there. He’s, like, a very important figurehead. But in terms of the strategies and what we actually have to get done, you know, whatever. He’s a great car, you know? But someone’s got to drive it.” 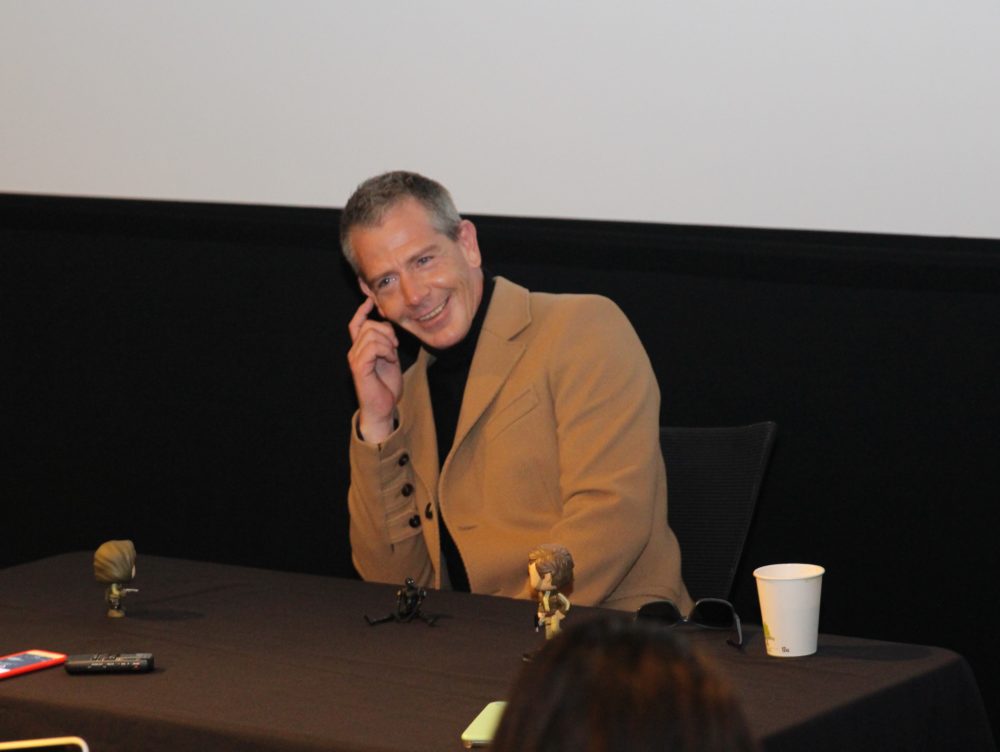 Ben on Getting the Feel for Orson Krennic

In order to get a better feel for being Orson Krennic, Ben went back to the source – the first films from the 70’s to get the feel of what George Lucas’ vision for Empire officers was in the beginning.

“You sort of have to do a bit of a rewind,” he said,” and think about what it was like when they were making it in ’77 because they were all very British. And, you know, it’s all very sort of, you know, Royal Shakespeare. You know bad guy kind of very straight kind of stuff. So I wanted – I wanted Krennic to sound like enough of one of those guys.

“Then after that and the costume and you’ve got those boots on, and you have that cape. And all of a sudden, you just feel that power. And basically, the thing about those guys – like the thing you saw last night – is that from his perspective they’re just in the way.”

Ben on Being Part of a Villainous Family

If you’ve followed the other interviews I’ve posted featuring Felicity Jones, Diego Luna, Mads Mikkelsen, Donnie Yen, and Alan Tudyk, you know they’ve all said that the Rebellion actors became a sort of a family. So we had to know if it was the same for Ben.

“You know,” he said, ” what you can say about the Empire is at least you know where you stand. I think those guys did form that [family bond] because they went through a lot. And you know, obviously, in this sort of balance of shooting, those guys are spending a lot of time together. The Empire’s a bit more of a solitary place in that way.

“But I had a good group with me. Like, I had the dude that’s my second in command and the Death Troopers with me. But the atmosphere on set – it changes. But you can’t have a bad day. You look up and you see Storm Troopers around and stuff like that in your workplace. You really can’t have a terribly bad day.”

Ben on His Favorite Scene to Shoot

Ben said his favorite scene was one at the beginning of the movie where Orson Krennic finds Galen.

“That scene you saw with Mads – that’s amongst my favorites. That was a brutally difficult day. We were in Iceland. It was absolutely, prohibitively freezing, and the weather changed greatly. There’s a scene with Darth Vader that is pretty special. That’s pretty special.

“And there’s also another scene which you guys haven’t seen, I think, that it’s in the Imperial territories. That was wonderful to do, as well.” 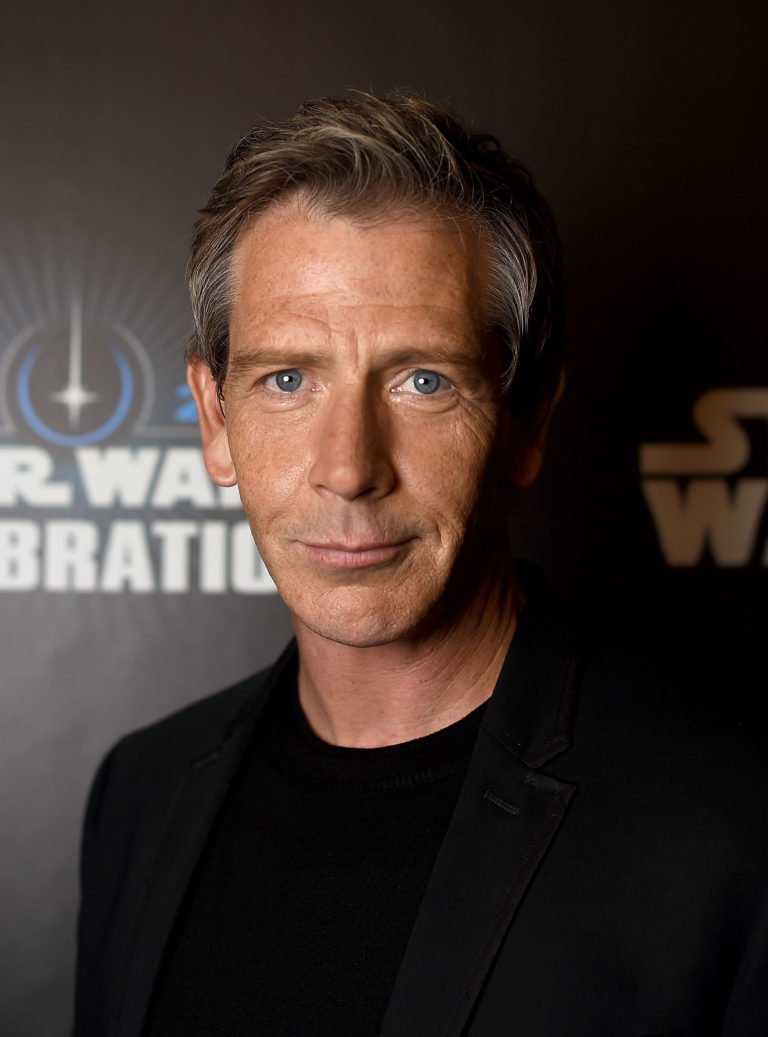 Ben is so Good at Being Bad as Orson Krennic

Ben is exceptionally good at being terribly bad in the role of Orson Krennic, and with his immense talent and pool of villainous roles, it’s no wonder. As Orson Krennic, he plays the orchestrator of the construction of a world-destroying space station whose only purpose is to kill on a mass scale. And he fills the role beautifully.

See Ben as Orson Krennic in Rogue One: A Star Wars Story this Friday, December 16th in theaters everywhere in RealD 3D and IMAX 3D.

Can’t wait….cause I only saw 28 minutes of footage 🙁