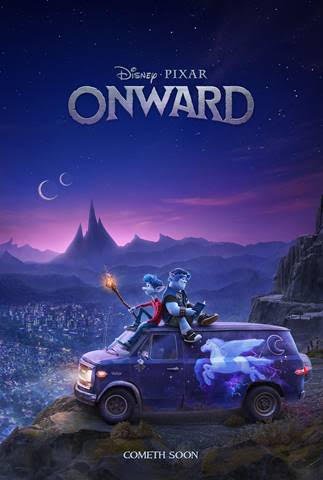 It’s not a long trailer, but it tells me everything I need to know! I can’t wait to see this one. I know I say that about every movie I share, but hey, I share the really good stuff!

Set in a suburban fantasy world, Disney and Pixar’s “Onward” introduces two teenage elf brothers who embark on an extraordinary quest to discover if there is still a little magic left out there. Pixar Animation Studios’ all-new original feature film is directed by Dan Scanlon and produced by Kori Rae—the team behind “Monsters University.” “Onward” releases in theaters on March 6, 2020

See Disney and Pixar’s Onward in Theaters in 2020

Disney and Pixar’s Onward comes to theaters everywhere on March 6, 2020. I know it’s a bit of a wait, but I also know it’s going to be so worth it. With a touching story, rockstar cast, and absolutely fantastic visuals, Onward looks like it’s going to be another highly entertaining offering from this powerhouse studio.

To stay up to date on all things Onward: