Disney World 2021: Is Now the Time to Travel to Disney? 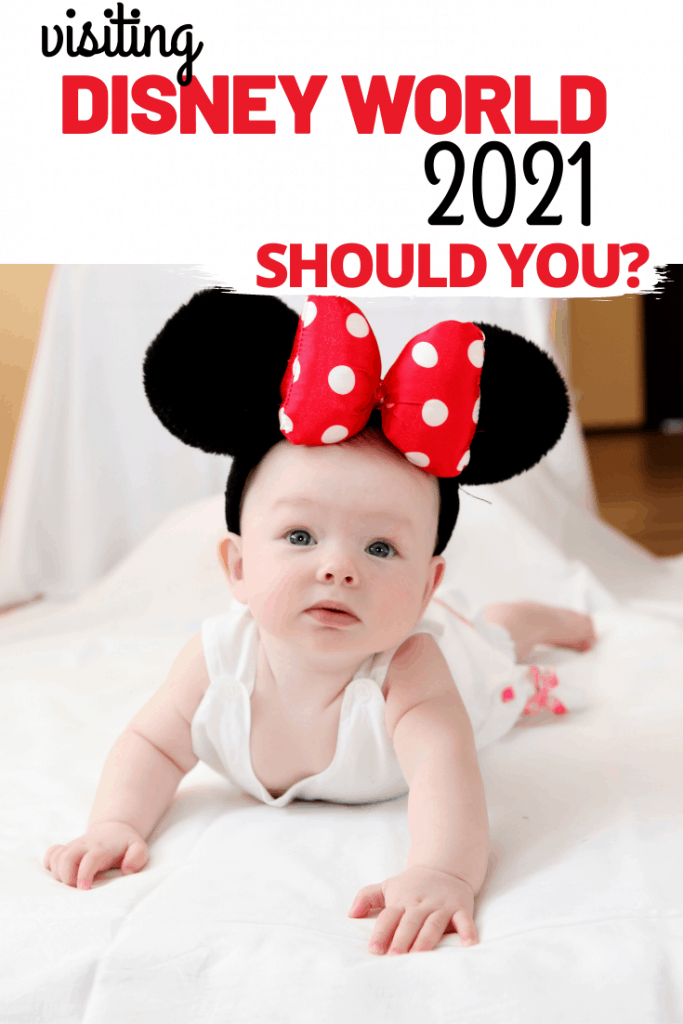 Disclosure: This post contains affiliate links. As an Amazon Associate, I earn from qualifying purchases.

When to visit Disney World in 2021 is a question I read a lot on social media. Some Disney fans took it upon themselves to stay away from Walt Disney World for the most part of 2020, due to obvious reasons: the pandemic. 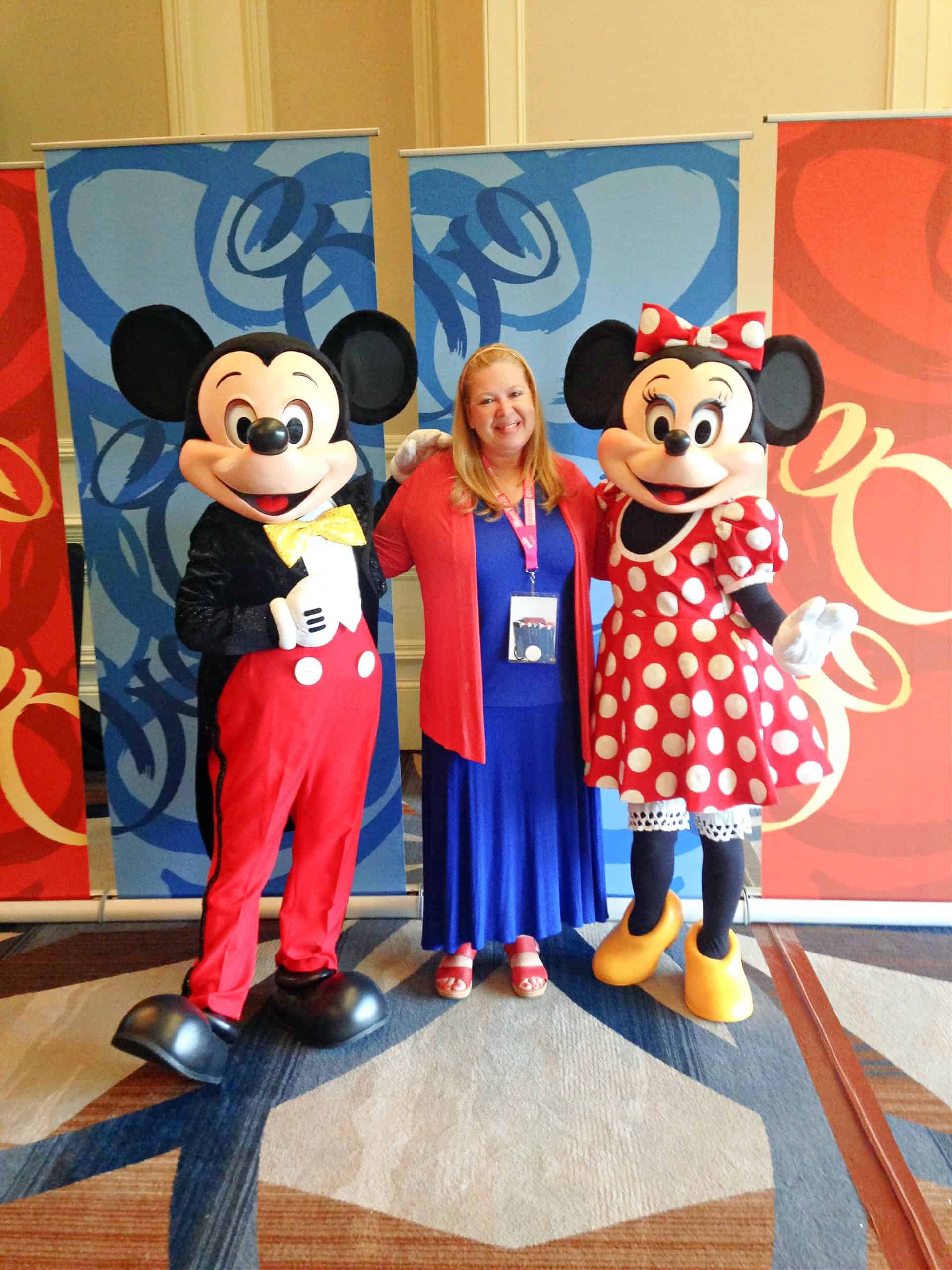 Disney World 2021: Is Now the Time to Travel to Disney?

The new year 2021 would have all-new attractions, a complete revision of Epcot, and a massive 50th Anniversary blowout.

Disney is so good at promoting the parks and resorts that excited guests decided to put off their vacations until 2021. The big year would usher in a new era for Walt Disney World.

At this point, it’s whether to go in 2021 for Walt Disney World’s 50th Anniversary or stay put for now. Make sure to sign up to receive Disney World 50th anniversary details as they become available — along with other exciting Disney news and updates.

Each year guests waited as construction crews came and went. Star War’s Galaxy’s Edge opened to a lackluster result in 2019 and just as things were beginning to come together in 2020– well, you know. 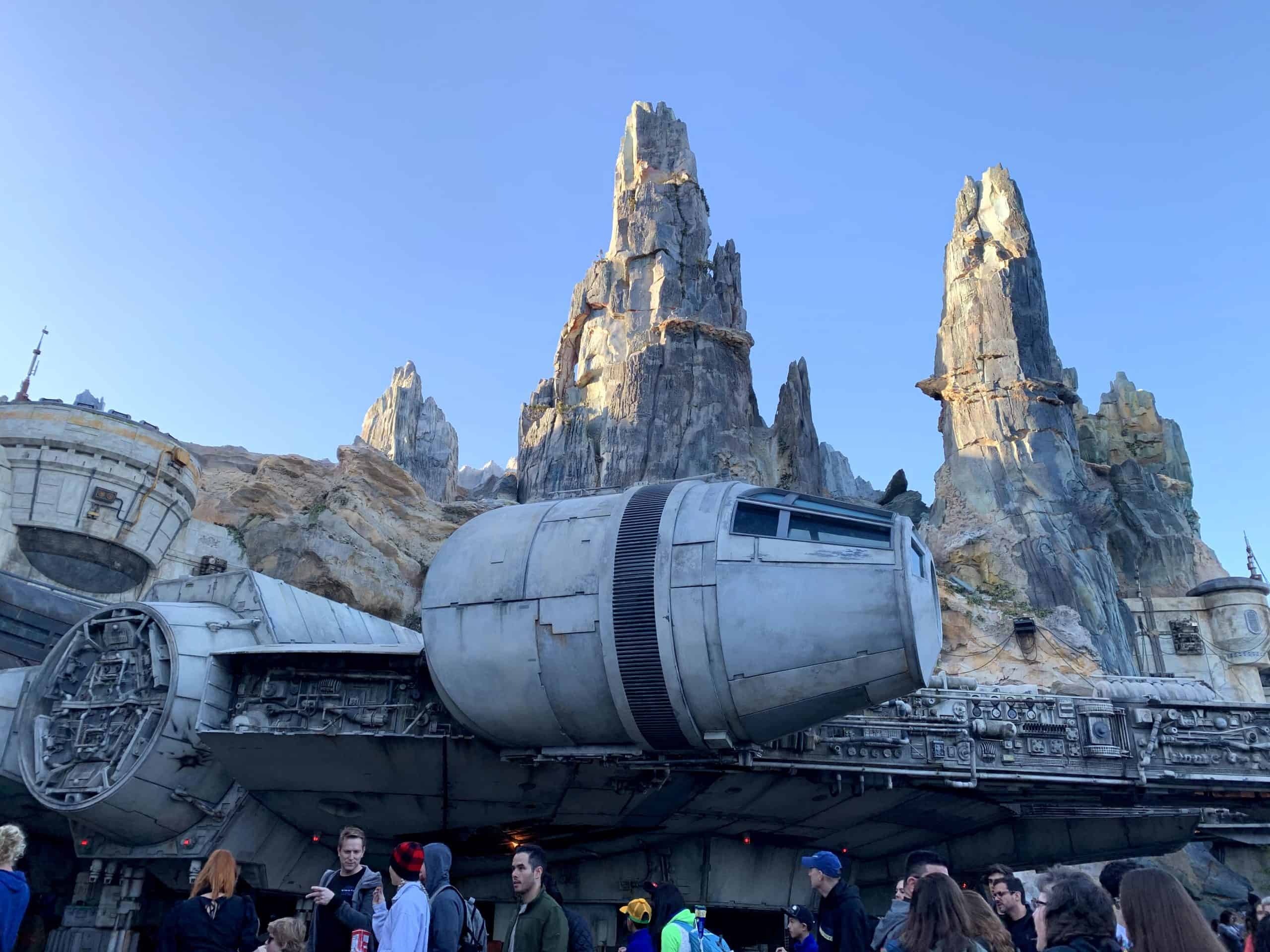 This is one attraction we loved! Upon arrival at the Star Wars: Rise of the Resistance attraction, you will be are recruited to meet General Leia Organa. Later, you will be captured by a First Order Star Destroyer. Oh My!

Breaking out and must escape later, with the help of heroes of the Resistance, the Star Destroyer, protect the secret base, staying one step ahead of Kylo Ren. A portion of the time, we got to race through a Star Destroyer in a trackless ride vehicle featuring an onboard droid that reacts to its surroundings. Oh, wow, was this fun!

Walt Disney World does have some new things to offer guests in 2021. To begin with, the year has already started with the famous Epcot Festivals, and the first one looks promising.

Epcot International Festival of the Arts

In 2019 it was announced that Epcot would receive a complete overhaul. That Epcot will be broken into four neighborhoods. In that same announcement, we learned that the Mary Poppins attraction, as well as Cherry Tree Lane in Epcot’s UK Pavillion, would also be postponed indefinitely.

Epcot International Festival of the Arts already offers more than the festivals of 2020 did after the pandemic induced closure of the resort. 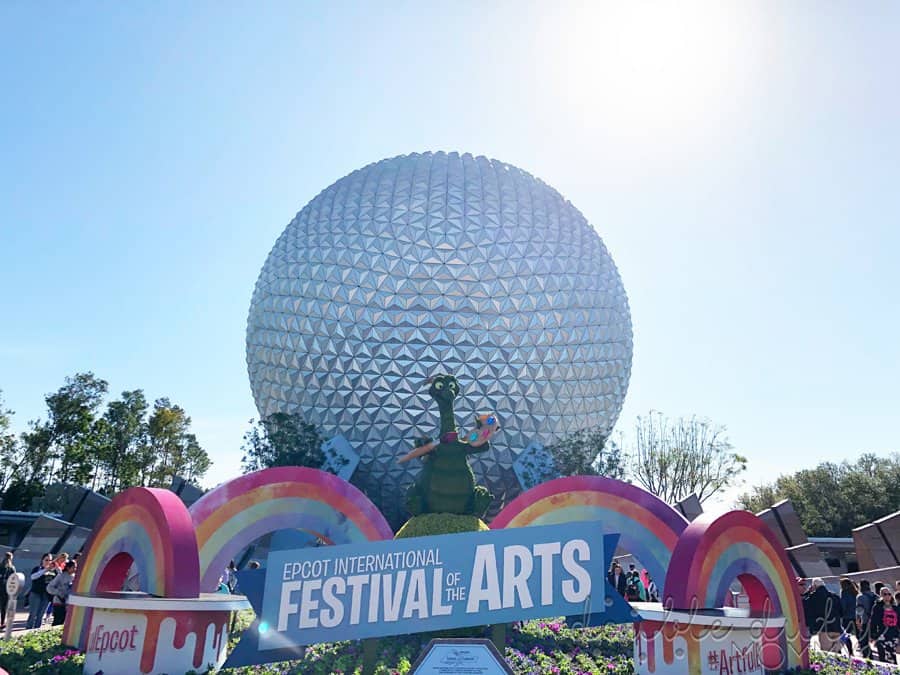 As for attractions and shows scheduled to open in 2021 Remy’s Ratatouille Adventure is all but guaranteed to open at Epcot.  The ride in the France pavilion had been originally planned to open in 2020. 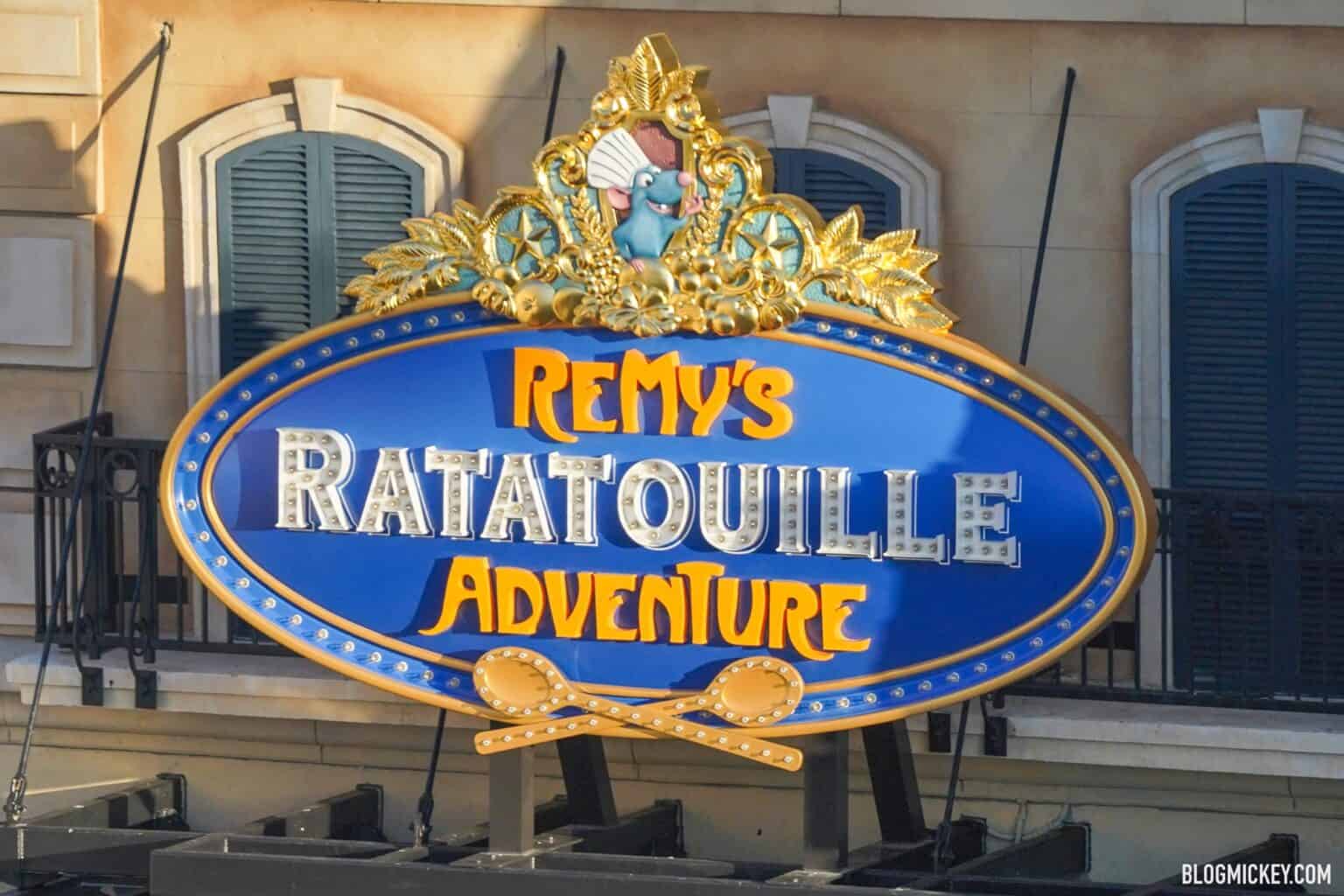 The attraction is based on Disney and Pixar’s film, “Ratatouille.” Get ready to shrink down to the scale of a rat for a culinary adventure with Chef Remy. During your adventure, you’ll race across Gusteau’s kitchen floor aboard special trackless ride vehicles in a thrilling 3D chase.

This ride had its original debut at Disneyland Paris Resort. I’m so ready t ride this one!

HarmonioUS, the long-awaited new nighttime spectacle on the World Showcase Lagoon should also open soon. Serves as a replacement for IllumiNations: Reflections of Earth.

The barges that support show scenes over the water appeared recently on the lagoon and nighttime shows like the Magic Kingdom fireworks should return as well. 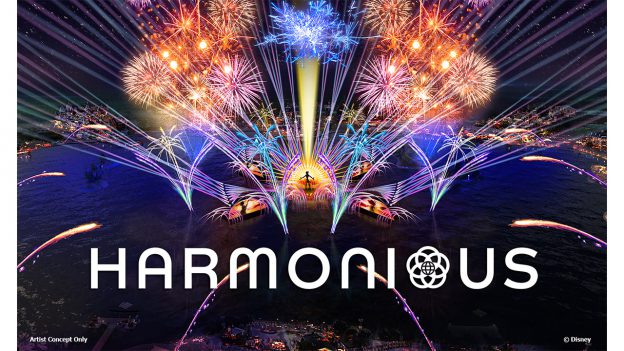 This new show celebrates how Disney music continues to inspire people around the globe. With its massive floating set pieces, custom-built LED panels, choreographed moving fountains, lights, pyrotechnics, and of course the lasers!

I love ending my day at the park with a light show. It was originally scheduled to open in Spring 2020, but delayed to this year 2021, since the opening was postponed indefinitely following the closure of the park, due to the pandemic.

Food lovers, hear up! Space 220 also opens soon at Epcot. Get ready for a stellar adventure as you embark on the ultimate culinary exploration from this new expansion of the Mission: SPACE pavilion.

Step inside a celestial panorama of a space station — for a delicious meal! Watch views of Earth from 220 miles up, as you dine. This Future World restaurant recently removed walls around the entrance revealing signage and social distance markings along the exterior. 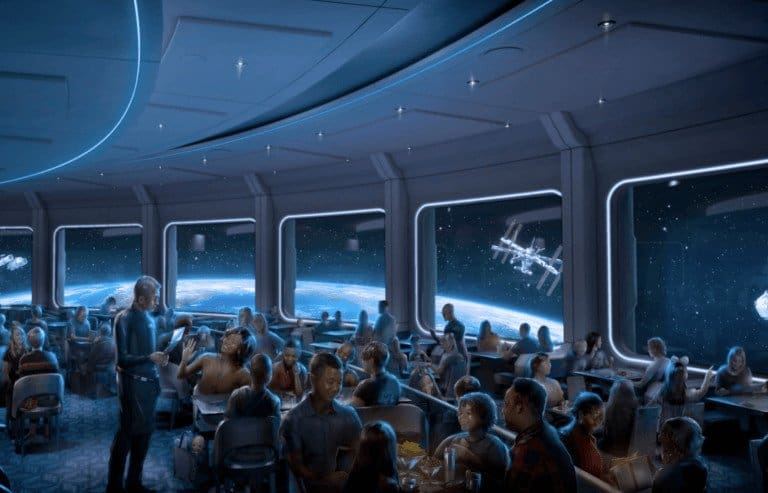 Disney World 2021: What Has Been Stalled?

A lot of projects began a few years ago. The new concept for Epcot captured our imaginations and excited us for our next visit, but so many aspects of that overhaul have been canceled or delayed.

Sorcerers of the Magic Kingdom

Another new thing this month is the removal of Sorcerers of the Magic Kingdom for Disney World 2021. A super fun game!

The classic Disney attraction Spaceship Earth will be closing for a multi-year refurbishment and reimagining. Walt Disney World had announced it was set to undergo refurbishment months ago. Despite that, it’s now likely that the overhaul has been delayed and it is scheduled for a huge renovation as part of the Epcot park overhaul and we now have many more details about the project.

But is it actually still happening? We certainly hope so.

Among the canceled is Mary Poppins themed Cherry Tree Lane and accompanying attraction in the United Kingdom Pavilion and the World Celebration Festival Center, which would have been magnificent. Other projects indefinitely postponed include Guardians of the Galaxy: Cosmic Rewind and over in The Magic Kingdom Tron: Lightcycle Power Run. 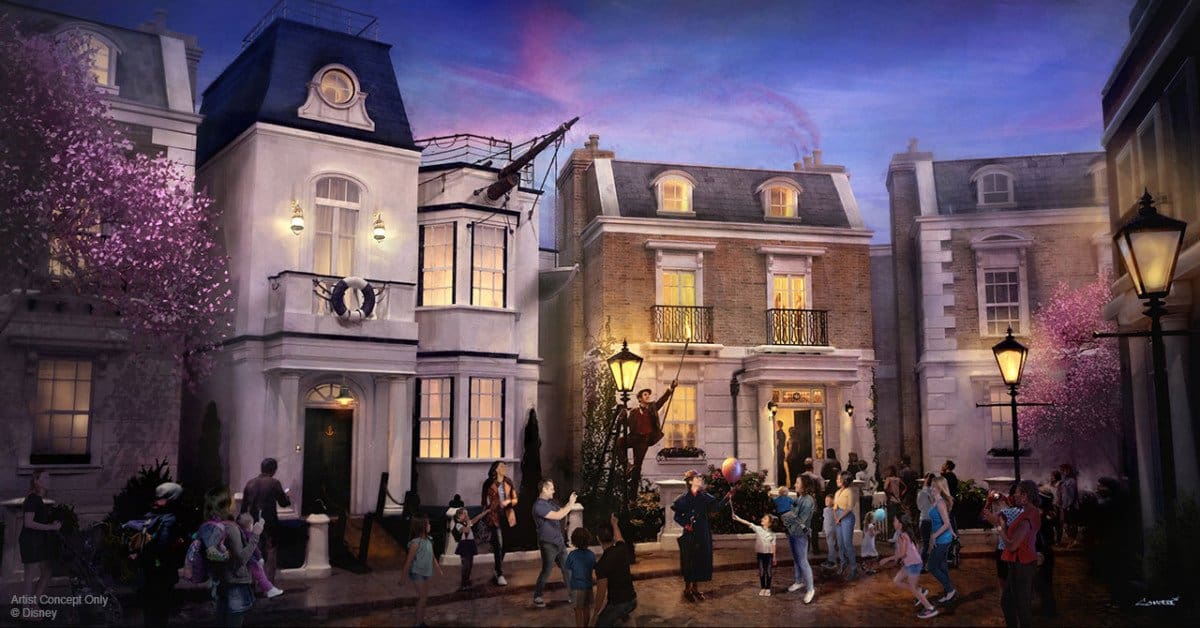 Will There Be Anything for the 50th Anniversary?

The 50th Anniversary is happening, but we don’t know yet exactly what it will bring. We expect the celebration to be made official in October, but merchandise will likely be available soon. What we do know is that Disney is planning more work on the castle based on the recent permit filings and there will be new commemorative statues erected. 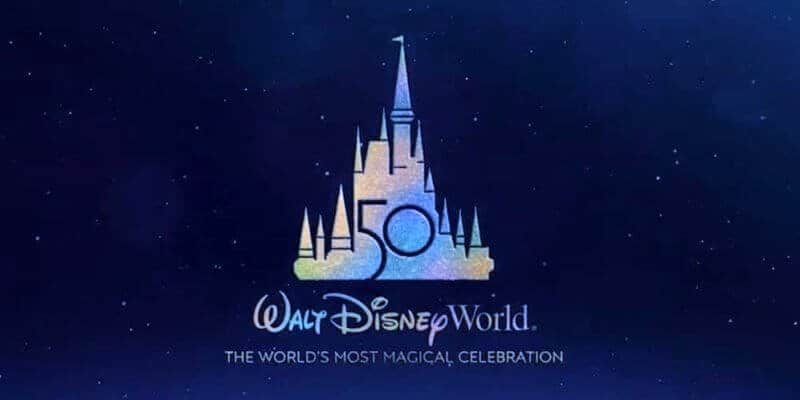 The main reason to visit Disney World in 2021 is that you don’t want to wait until 2022. As of January 1, 2022, Disney’s Magical Express will no longer be operational. It will, however, continue to operate for new and existing reservations made at Disney Resort hotels for arrivals throughout 2021. For guests requiring the complimentary shuttle from Orlando International airport to the parks/hotels, will now need to find another way. 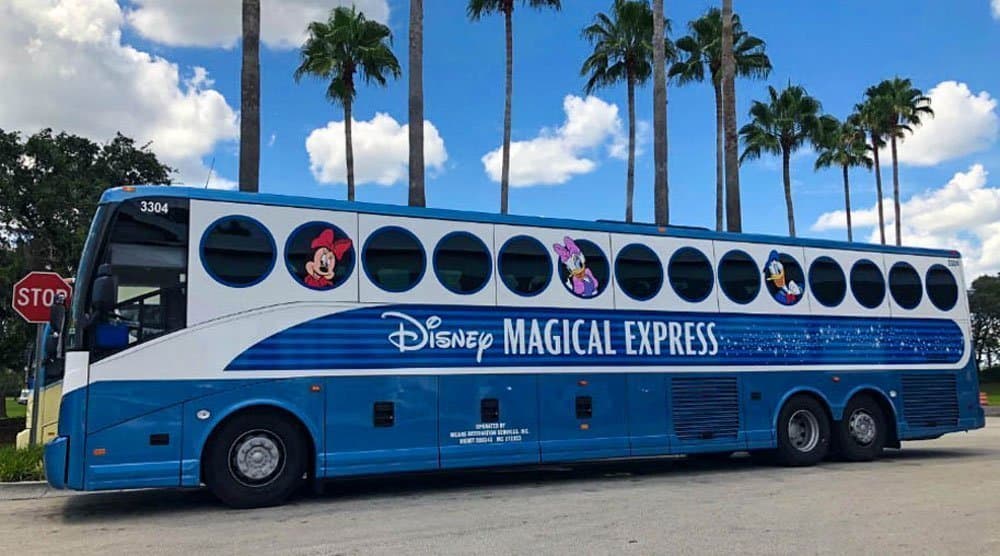 Even though it has been a rocky roller coaster for Disney World, many guests are holding out hope that Disney World 2021 will be a little easier on the theme parks.

Is Disney World 2021 in your travel plans? Let’s discuss it in the comments. 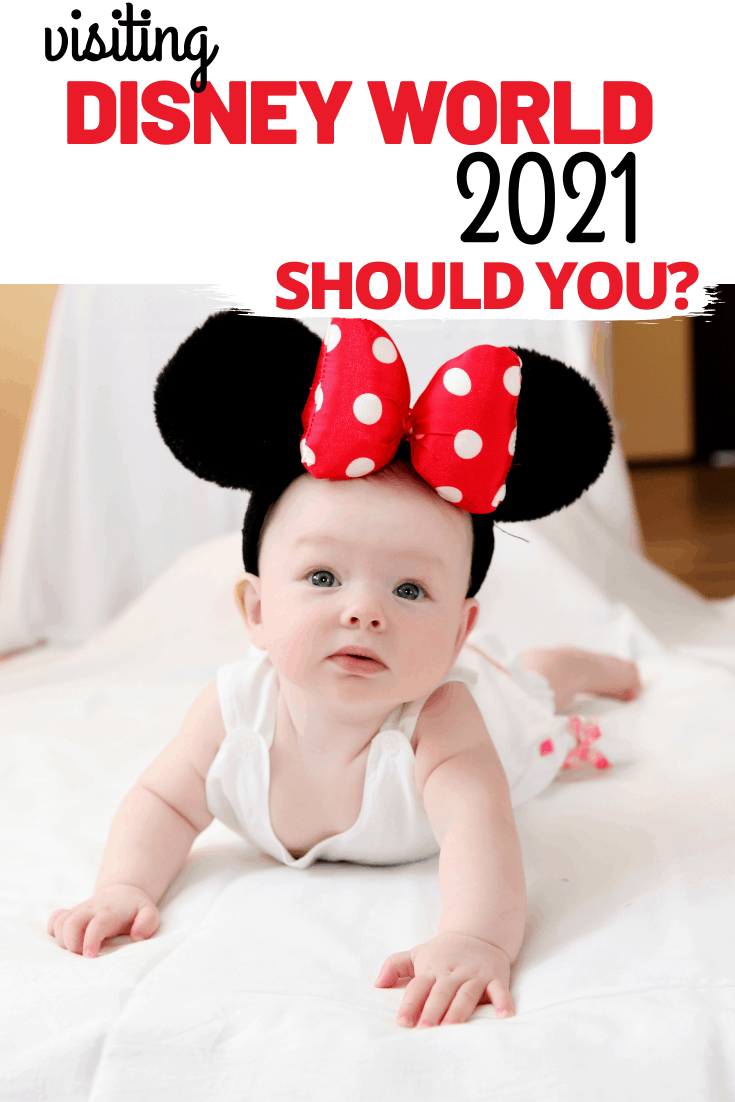