Disney’s Animal Kingdom – Wildlife with a Splash of Adventure

Disclosure: This post is part of my all expense paid trip to Walt Disney World. However, all opinions are 100% mine.

Disney’s Animal Kingdom is so much more than just African animals, although that is a huge draw. You’ve heard me talk about this park before, but today I’m going to hit the major highlights as part of the celebration of Born in China and The Lion King being released on Blu-Ray. Before we get into all the amazing things you can do at Disney’s Animal Kingdom, I have to caution you to get The Lion King ASAP, because once it goes back in the vault, you won’t be seeing it for a while! And now, on to the park! 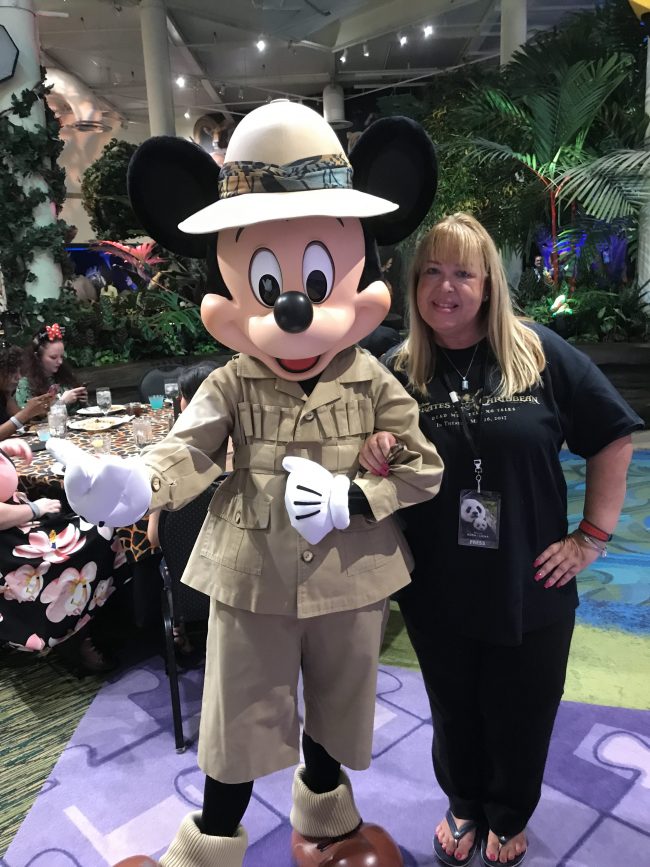 This park. What can I say? It’s amazing. I’ve had the opportunity to visit it a few times while on press trips, and I cannot get enough of it. The park feels like Africa! Between all of the amazing African creatures, the amazingly well thought out scenery, and the big open spaces afforded to the animals, stepping into Disney’s Animal Kingdom feels like stepping onto another continent. There’s and a ton to see and do there, but you’ll want to be sure to take advantage of the following must-dos at the park.

See the Animals Close up

I never had the opportunity to see the animals after 4 pm. To me, the best time to do one of the safari tours is at night. Most of the animals avoid the heat of the day, so you won’t see nearly as much if you’re out there at high noon. Instead, hit the park in the evening when things have cooled down and the animals become more active. This will give you more sights of the lions, giraffes, elephants, and more. It’s the best way to make sure you see as many of these majestic creatures as possible.

Wild Africa Trek is a must do at the park. On this trek, you’ll travel over sky rope bridges while connected to a safety harness, getting a bird’s eye view of the amazing habitats and the animals that live in them. It’s a private, 3 hour VIP tour, and in addition to seeing the habitats and animals, you’ll also get complimentary photos and gourmet food. Be aware that this special tour is set apart from the normal, day-to-day Animal Kingdom, so booking and payment must be in advance. So worth it!

I had the opportunity to see this on one of my trips to Disney’s Animal Kingdom, and I was absolutely blown away. It’s floating Technicolor experience like nothing you’ve ever seen. With lit up boats on the water, giant floating colorful lotuses that spit out fountains of water in a variety of colors, giant animals seemingly made of stained glass, and incredibly talented performers, the Rivers of Light show is something you won’t forget.

Festival of The Lion King

If you love The Lion King, you MUST attend the Festival of The Lion King. The actors are amazing, and the colorful staging and costumes are breathtaking. The major highlight of the show is how they pull in the audience. This show for all ages encourages audience participation, and at times audience members are actually pulled into the show.

Pandora – World of Avatar is another of the attractions at Disney’s Animal Kingdom best enjoyed at night. Like the movie, Pandora – World of Avatar explodes into bioluminescent beauty at night. In addition to all the glowing beauty of the scenery, plants, and even the cast, the crowds are smaller. And as we all know, less crowding equals more fun.

Stay at a Disney Resort

This is a must do for Disney’s Animal Kingdom because you get so much more when you stay at the resort. In addition to being right there and absolutely swimming in the hotel’s pixie dust, you’ll also get extended evening hours to the park! It’s a great way to fully immerse yourself in the experience of Disney’s Animal Kingdom.

Disney’s Animal Kingdom is One of the Best Parks