A new live action The Lion King trailer was just released by Disney, and it is just as impressive as I imagined it would be. The sweeping shots and character interactions are spot-on, making for a live-action reimagining that brings a fresh look to the movie but remains exceptionally true to its roots. The live action The Lion King remake looks to be a solid bull’s eye for Disney. 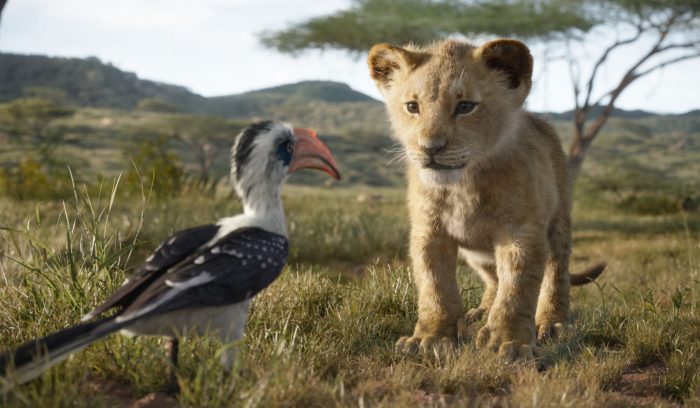 What impresses me most about this adaptation is that in every scene, I vividly see the animated source material. The interaction between Simba and Mustafa and the antelope valley scene are just perfect. Disney perfectly captured the villainous look of Scar while keeping him looking like a real lion, and the hyenas are perfect. Take a look.


About the Live Action The Lion King Movie Disney’s“The Lion King, directed by Jon Favreau (“The Jungle Book”), journeys to the African savanna where a future king is born. Simba idolizes his father, King Mufasa, and takes to heart his own royal destiny. But not everyone in the kingdom celebrates the new cub’s arrival. Scar, Mufasa’s brother—and former heir to the throne—has plans of his own. The battle for Pride Rock is ravaged with betrayal, tragedy, and drama, ultimately resulting in Simba’s exile. With help from a curious pair of newfound friends, Simba will have to figure out how to grow up and take back what is rightfully his. Staying true to the classic story, director Jon Favreau utilizes pioneering filmmaking techniques to bring the iconic characters to the big screen in a whole new way. Featuring the voices of Donald Glover as Simba, Beyoncé Knowles-Carter as Nala, James Earl Jones as Mufasa, Chiwetel Ejiofor as Scar, Seth Rogen as Pumbaa and Billy Eichner as Timon, Disney’s “The Lion King” opens in U.S. theaters on July 19, 2019.

See the Live Action The Lion King This July

The live action The Lion King movie roars into theaters on July 19, 2019. Disney did an amazing job on this, and I can’t wait to see it on the big screen. Join me and watch Simba save his home from the vicious scar and his hyena pack this July. It’s going to be great.