Disclosure: This post is part of my all-expense-paid trip to Los Angeles, CA provided by Disney.  However, typos, misspelled words and opinions are 100% mine.

The McFarland USA Event Disney press Trip was filled with great interviews! Saturday, February 7, was indeed an UNFORGETTABLE day! OH YES! I finally got to meet the one and ONLY Kevin Costner, who played Coach Jim White in McFarlandUSA! This was a total awe moment for me and the group of bloggers attending. He is so sexy!

This movie has lots of emotion and being a Latina, I can relate to it even more. It shows how young immigrants, through hard work and dedication, get to be on a championship team. That is huge!

The first question to start the interview was what to him was the most rewarding part of making McFarland, USA was, and this is his response:

Movies are a small part of my life. They’re an important part. They’re the tip of the iceberg that the rest of the world sees, but they’re a very small part of my life. And the rewarding part of something about McFarland is that I don’t plan my life so much to the point that I miss something like McFarland, a little story about Latinos and a community that I actually participated in, in high school. I played against McFarland in baseball. I lived in Visalia, up in the central valley, so the important thing for me was that I was able to participate in this movie and highlight a culture that we see all the time driving down our highways, looking off to the left and right, and somehow we just keep driving, right? We’re not supposed to text and we’re not supposed to stop our car to look. Movies have been a joy for me. And so one that would highlight this little town and there’s little McFarland’s everywhere in America, I like that. It’s a very important part of my filmography to be a part of this movie.

Such a humble guy. The real Coach Jim White is a father-figure to the boys on the cross country team, so selecting Kevin Costner for this role was pretty awesome.

A great plus for Kevin, which was fascinating to learn, that he was involved in sports as a child and actually played against McFarland! Is that cool or what? Landing a role that relates to his childhood activities. 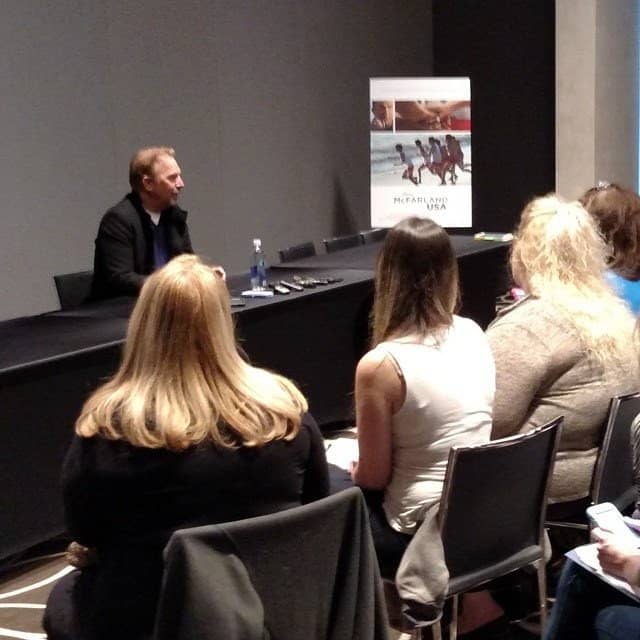 What was the most emotional part of the movie for you?

Costner mentions “that the movie is filled with them, so it’s hard to drill down on a single moment, but that one of the highlights of the movie is before the final race. They’ve gone from not knowing anything about what was possible to sense that everything was suddenly possible.” One of my favorite quotes from the interview is when Kevin Costner stated, “When you make someone feel like they belong, they start to feel like giants.”

Costner shares that he didn’t seek out that kind of relationship with the boys, but understood he was in a position where that could happen. He found it more authentic when they came to him, and that “nothing was off-limits.”He also said, “it was important for me, for them to be good. It was important for me to let them know that they needed to be even more prepared for Niki (Director), that’s who gave them a big shot in their life. And so I would talk to them a lot about professionalism.” 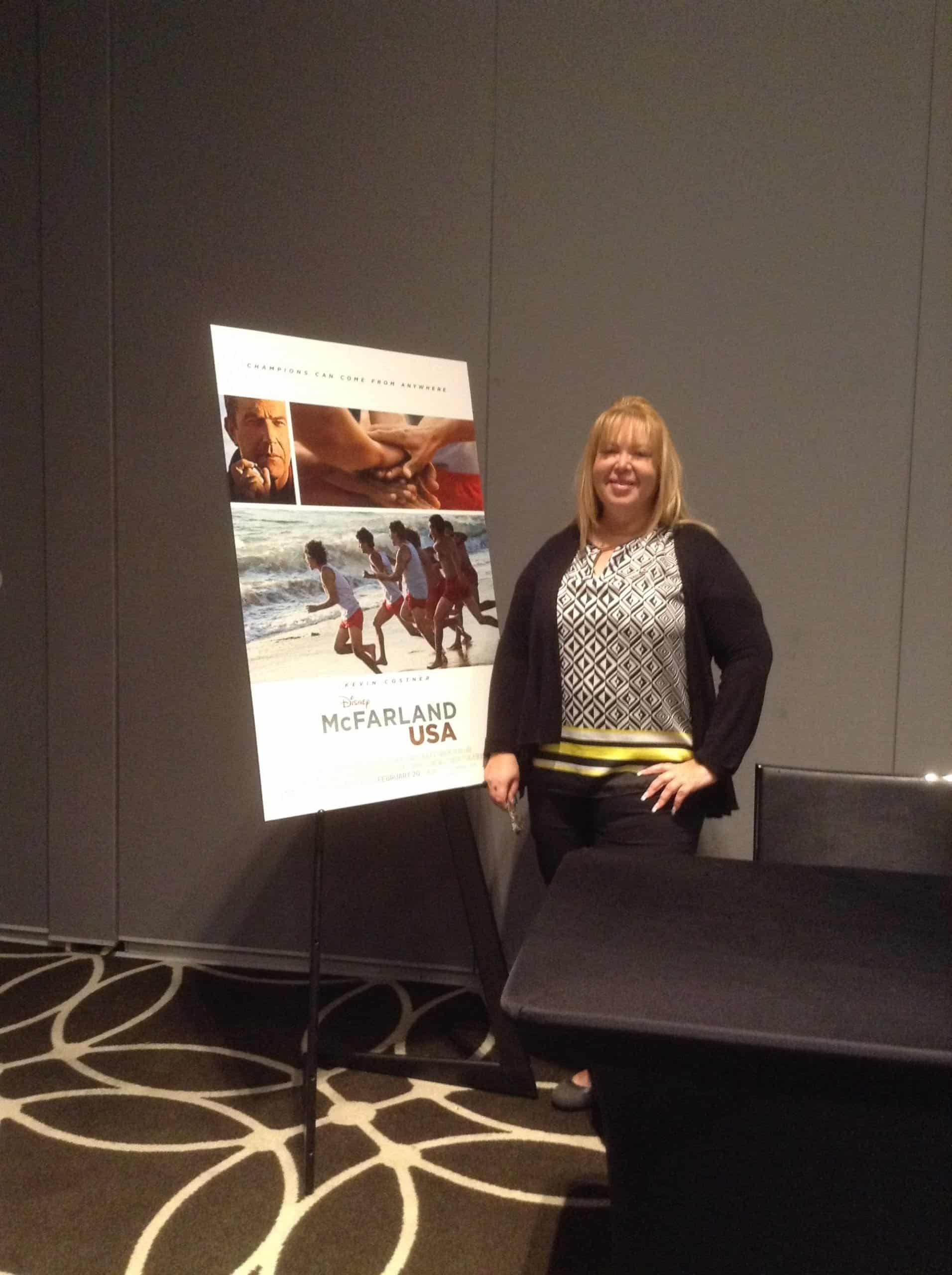 What is it about sports films that you find so appealing?

Costner: “Well there’s a lot of sports films that come to me that I never do because they’re not very appealing. They maybe are too much about sports or they’re too obvious. The best ones are about people, obviously, and there are fewer sports in it than you would imagine. “

Here is the trailer to get you even more excited about taking your family to watch this amazing movie in theatres Friday, February 20th!

I particularly loved this quote from Kevin:

McFarland, USA will be in theaters starting this Friday, February 20, 2015! I highly recommend this Disney movie. Meanwhile, stay up to date and Follow MCFARLAND, USA on Facebook, on Twitter

Here we are with Kevin Costner! Thank you Disney for granting me this unforgettable moment! 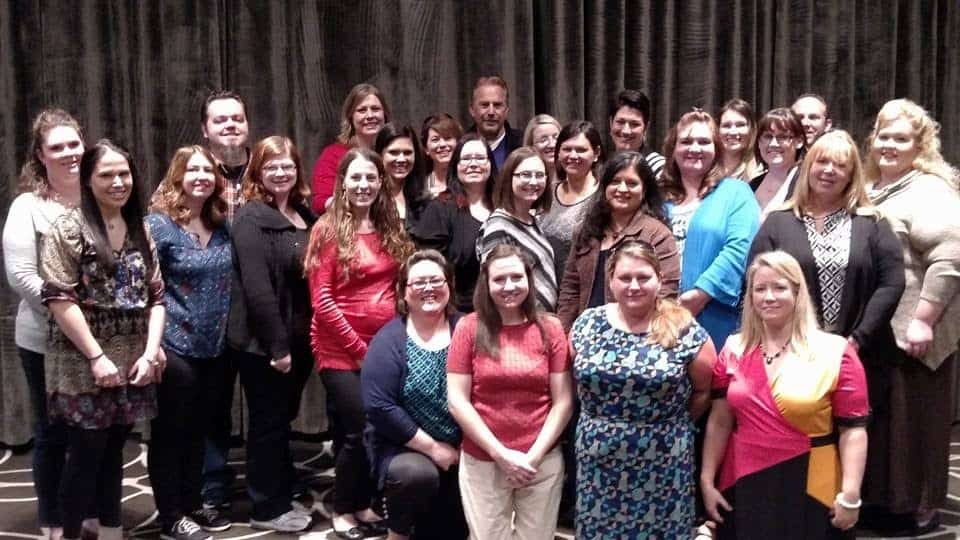