I was lucky enough to be a part of the Annie Potts interview held during the recent Toy Story 4 press junket at Walt Disney World. While I enjoyed all the interviews we had at the junket, Annie Potts’ interview was amazing! For some, her name is not familiar, but for some of us seasoned peeps, it was familiar! Pretty in Pink was a favorite. She has a wonderful spirit about her and such a down to earth person. It was a wonderful experience getting her answers to our questions. 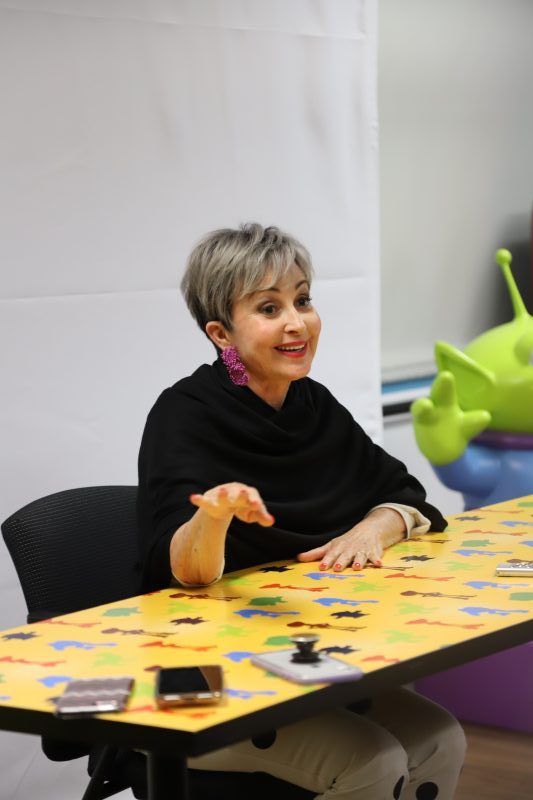 Annie Potts – Who is She?

As soon as she walked into the room, I knew this interview was going to be great. Annie came in with such a friendly aura about her. You could tell she actually wanted to be there. Plus, she’s been a favorite actor of mine for a long time, so I was excited. While she’s done many amazing roles, Bo Peep and Janine (from Ghostbusters) are my two favorites.

Those two iconic characters aside, I was so excited about this interview because not many people seem to realize just how incredible her body of work has been. She’s been nominated for a Primetime Emmy Award and a Screen Actors Guild Award. She’s a powerhouse actor in her own right, and she brought a ton of sass to the new Bo Peep, which I loved.

The Path to Bo Peep

Annie almost missed the Toy Story boat, believe it or not. When Pixar first approached her to play Bo Peep for the first film, she was pregnant and had a teenage son. Needless to say, she was so frazzled and distracted that she completely forgot about the disc they’d sent her to watch. It wasn’t until the disc turned into a pile of discs that her son finally popped one in to watch. After she saw it, she called Pixar back. Thank goodness she did! I can’t imagine Bo Peep as anyone else.

When asked about Bo Peep’s transformation and her years of being stuck in a second-hand store, Annie said, “She’s been knocked around quite a bit, and she’s just kept on going and in a cheerful inventive way. I mean, this girl drives a Skunk Mobile. No one is going to screw with her.”

One thing that I loved about Bo Peep’s transformation is that she was no longer the damsel in distress. Instead, she was a total bad@$$! She was so strong and take charge, and I think that’s a refreshing change from her former place in the Toy Story franchise.

When asked about this change and how it can speak to children, Annie said, “This is what a woman is and to young girls, this is what a woman can be and is. I’m just thrilled to voice those qualities. It is such a privilege when you’re giving positive messages to especially children.”

She went on to say that she didn’t realize how important Bo Peep would be to children until she actually saw the movie.

“Over time, I became aware of how important the role was going to be,” she said, “but not until three weeks ago when I saw the thing. I told Josh afterward, I said thank you so much for putting this crown on my head. I think she’s so lovely. My wish was to bring all the experience of my long colorful life to kick ass Bo”.

The advancements in computer animation have been huge since the first Toy Story came out, and every time we get another movie in the franchise, the characters just look better and better. We all love the new looks, but we wanted to know what Annie thought about them.

“Oh, I thought it was great,” she said. “She’d had some limitations before being a lamp. Once they got her off the base, all bets were off. But as Josh was saying, they did all these tests, seeing what porcelain looked like when it broke and filming that and then trying to recreate that with their computer magic and everything. I was very pleased. She’s very sassy, ripped off her skirt, uses it as a cape. Even though this isn’t a superhero movie, her superpowers are her heart and her courage.” 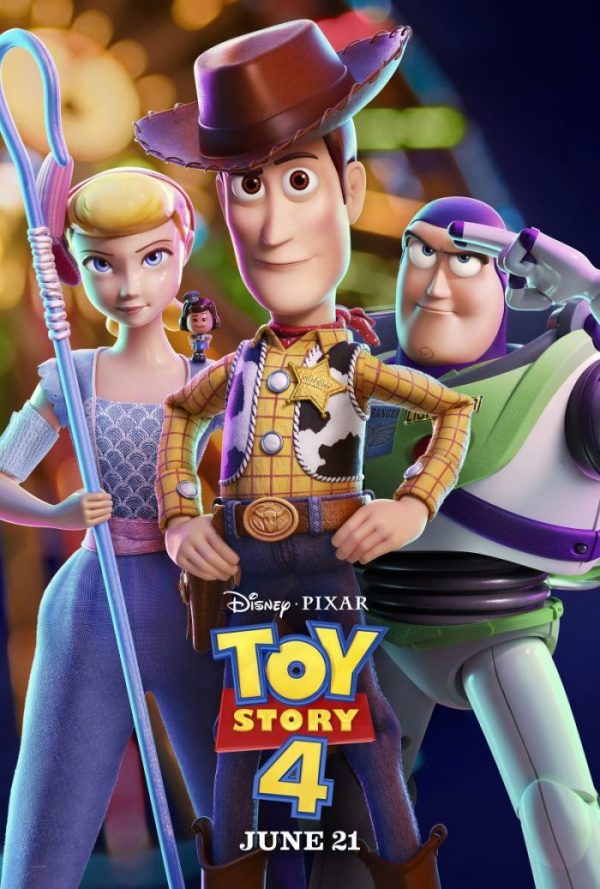 We Learned a Lot at the Annie Potts Interview

I had so much fun listening to Annie’s responses to our questions at this interview. I think it’s so important that Pixar took Bo Peep in the direction that they did, and I’m so glad that Annie was a part of it. She is an amazing actress and using her voice, she’s helped bring an updated vibe to the Toy Story franchise as well as showing little girls and boys that girls and women can be the superheroes in a movie instead of just the damsels in distress. 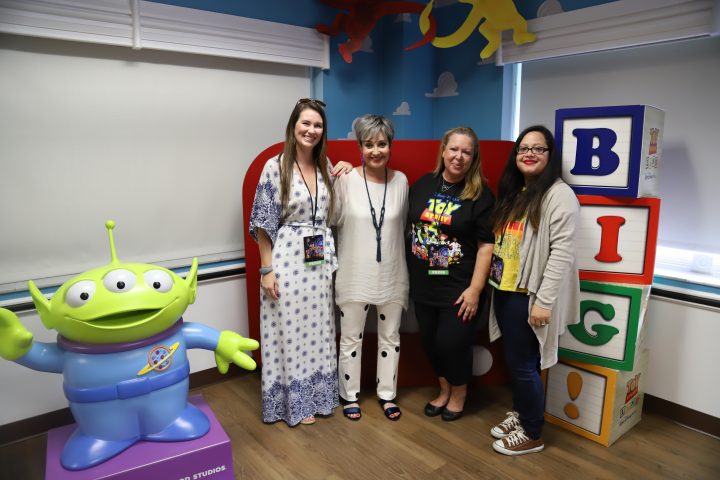 I hope you enjoyed this Annie Potts interview, and I hope since Toy Story 4 is now in theatres, it’s made you want to go see the movie!. As you know, I’ve seen it, and I can say without a doubt that it’s one of the best installments in the franchise.