Disclosure: This post is part of my all-expense-paid trip to Los Angeles, CA provided by Disney, in exchange for coverage. However, my opinions are 100% mine. 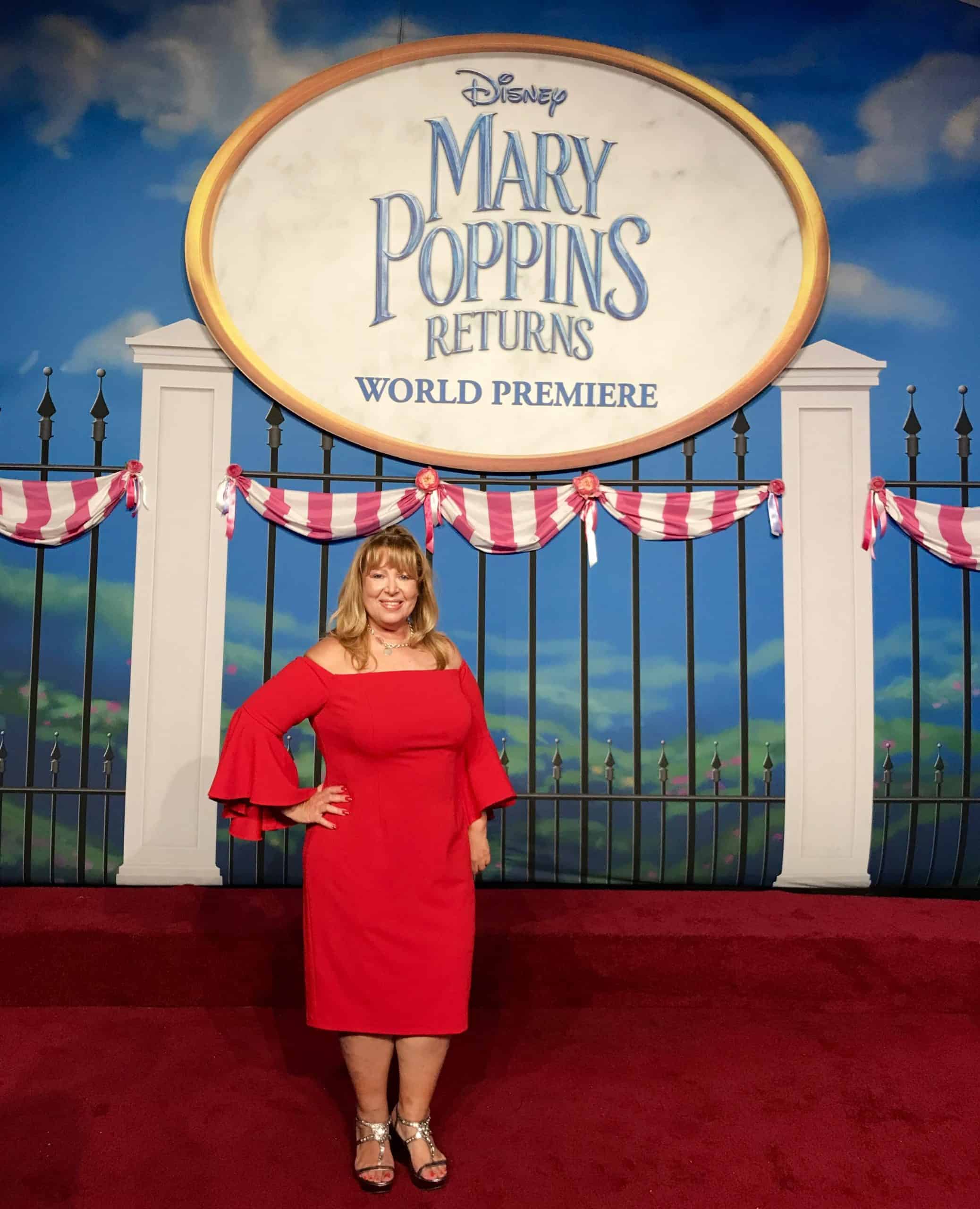 Now, I’m delighted to share with you all my wonderful experiences at its world premiere at the Dolby Theater in Hollywood.  There’s something magical that happened when I stepped off Hollywood Boulevard and onto the red carpet and to Cherry Lane and to see all the colorful cherry blossom trees everywhere. Simply Magical, the Disney way!

For those who followed along with the hashtag during my time at the Mary Poppins Returns premiere, you’ve probably already seen most of these photos. It was simply an amazing experience where I was able to meet the actors and creators of this film.

The red carpet was set up just spectacularly themed for Mary Poppins Returns with cobblestone stone and Cherry Tree Lane in the background. Cast members were dressed up as lamplighters and the balloon lady along the red carpet path.

Walking along the red carpet to the Dolby Theater was a breathtaking, magical experience and honestly, the perfect start of my evening at the Mary Poppins Returns premiere. 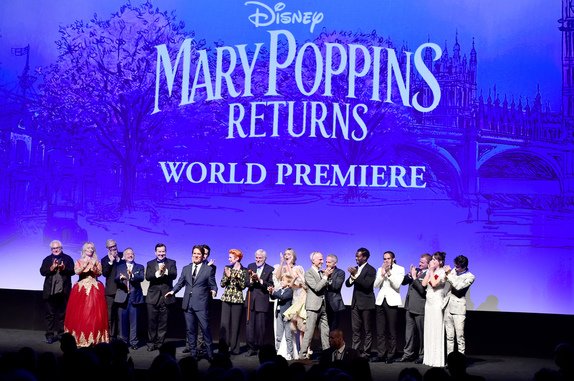 Inside the theatre, I got to sit right in front of Mila Stauffer the 4-year old YouTuber, and her sister! We had a few laughs!

The highlight of my evening was meeting 92-year old Dick Van Dyke! He definitely stole the spotlight! I didn’t get to take a picture with him but just the fact that he sat in my section, was an honor!

He looked stunning with his custom cane with the parrot from Mary Poppins’ umbrella. His dance moves in the movie are AMAZING! During the cast interviews, we learned about their concerns about his safety. The scene called for a big leap onto the desk of Colin Firth’s character, followed by a tap-dance break.

They built a set of steps hidden behind the desk, in case Dick had any trouble, but he refused to use them! He said: “I won’t need that. Take it away,”! What? He’s my hero.

Once the movie was over, we headed to the “After Party” (my first one!). So much going on! Jugglers, themed characters FOOD (LOTS!) costumes displays, photo opportunities stations, and the CELEBRITIES, everywhere! I got to mingle with Emily Blunt, Ben Winshaw, etc. 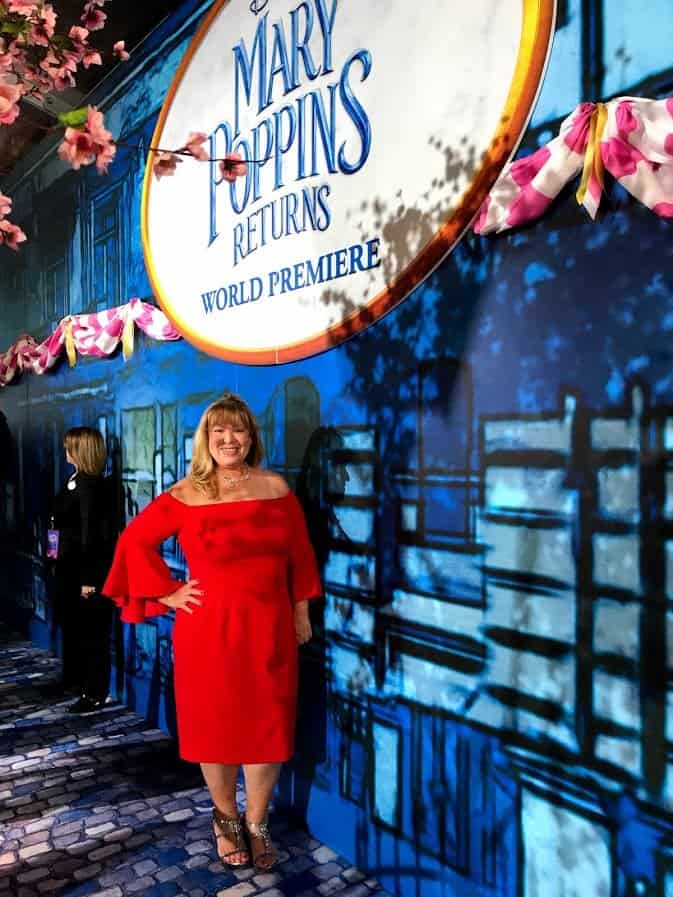 Emily Blunt is a sweetheart and just makes the perfect Mary Poppins. You’ll agree when you catch Mary Poppins Returns in the theaters on December 19th!

Arriving in theaters on December 19, 2018, this fresh spin on the 1964 original movie, Mary Poppins Returns is a whole new adventure with your favorite characters.

It follows the next generation of Banks children, who were in desperate need of a nanny, Mary Poppins that is… Mary Poppins’ return to Cherry Tree Lane.

She brings all the joy and imaginations we all need and helps the Banks family go through the financial hardship they were threatened by.

The actors who play each role do a wonderful part in keeping the magic you anticipate with Mary Poppins alive.

“Mary Poppins Returns” is directed by Rob Marshall. The screenplay is by David Magee and the screen story is by Magee & Rob Marshall & John DeLuca based upon the Mary Poppins Stories by PL Travers. The producers are John DeLuca, p.g.a., Rob Marshall, p.g.a. and Marc Platt, p.g.a. with Callum McDougall serving as executive producer”.

The music score is by Marc Shaiman and the film features all-new original songs with music by Shaiman and lyrics by Scott Wittman and Shaiman. The film also stars Ben Whishaw as Michael Banks; Emily Mortimer as Jane Banks; Julie Walters as the Banks’ housekeeper Ellen; Pixie Davies, Nathanael Saleh and introducing Joel Dawson as the Banks’ children, with Colin Firth as Fidelity Fiduciary Bank’s William Weatherall Wilkins; and Meryl Streep as Mary’s eccentric cousin, Topsy. Angela Lansbury appears as the Balloon Lady, a treasured character from the PL Travers books and Dick Van Dyke is Mr. Dawes, Jr., the retired chairman of the bank now run by Firth’s character.” 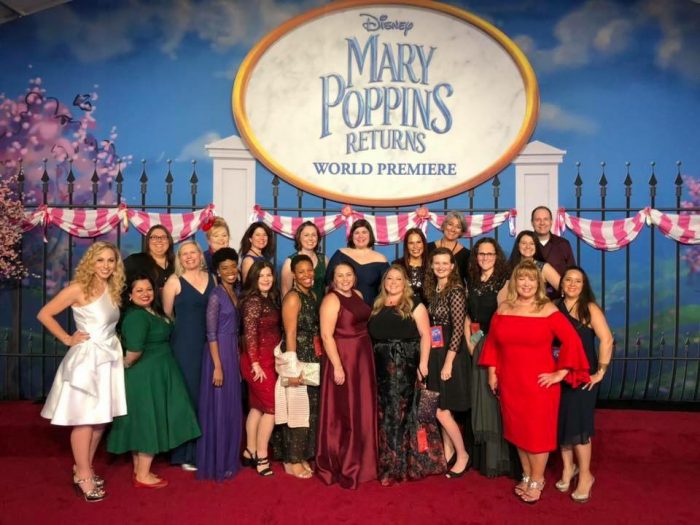