Disclosure: This post is part of my all-expense-paid trip to Los Angeles, CA provided by Disney. However, typos, misspelled words and opinions are 100% mine.

Gael Garcia Bernal was kind enough to share his time with us during the Pixar COCO Event that I attended recently in California. This incredibly talented actor has such an outgoing personality, it was a joy to interview him. We had a wonderful time sitting and chatting with Gael Garcia Bernal about COCO, and we learned quite a bit! 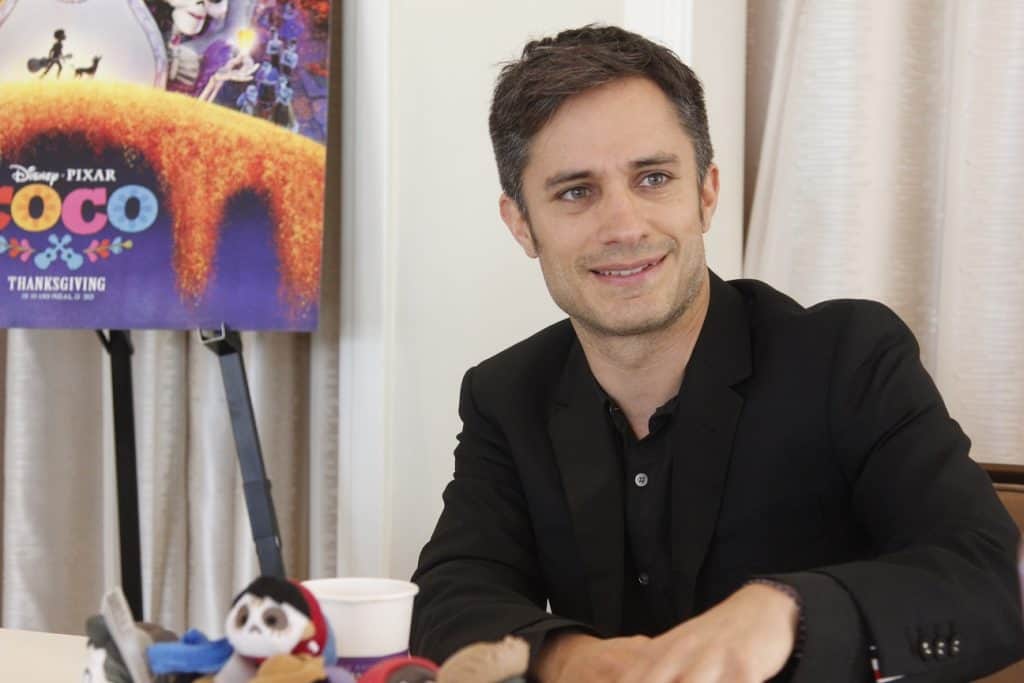 In Disney/Pixar’s COCO, Miguel, a young aspiring musician teams up with the charming trickster and new friend, Hector, on a magical journey through the Land of the Dead. Gale Garcia Bernal voices the character of Hector in COCO.

He’s a street-smart skeleton that knows his way around the Land of the Dead, and he teams up with Miguel to help him discover his musical past. While both Hector and Miguel share the adventure, they both have different goals. It’s a fun duo to see, and I really loved their interaction throughout the entire film.

“They animate certain interviews or shows or films you’ve done, and they put, like, those dialogues into Hector, you know? And so there’s – this was this interview I did with – I think it was with Chelsea Handler. I mean the show of Chelsea. And they put it as if Hector was going into the show of Chelsea, you know? So, they showed you that and I mean it was really funny, it worked.”

“It was so easy. I mean, of course, it was like – I mean it was daunting – the fact that I had to sing but I like the challenge of it.”

Day of the Dead in Mexico

“Well, I think – and we were discussing it with a lot of friends and family in Mexico – as we’ve never seen the Day of the Dead so celebrated in Mexico. Like really, there was not a sense of Halloween at all this year. Like you couldn’t see it. Like it was all the day of the dead because also there is now, they’re doing in Mexico they’re doing a wonderful carnival.”

Recording with His Daughter

See Gael Garcia Bernal as Hector in COCO this November 22, 2017. He does an excellent job, and he, along with the other cast members, really brings the kind of heart that we’ve all come to expect from Disney/Pixar films. COCO opens everywhere on November 22, so be sure you’re there!

Read my spoiler-free review of Pixar’s COCO and get a feel for what to expect when you go watch the movie: