Disclosure: This post is part of my all-expense-paid trip to Los Angeles, CA provided by Disney, in exchange for coverage. However, typos, misspelled words and opinions are 100% mine. 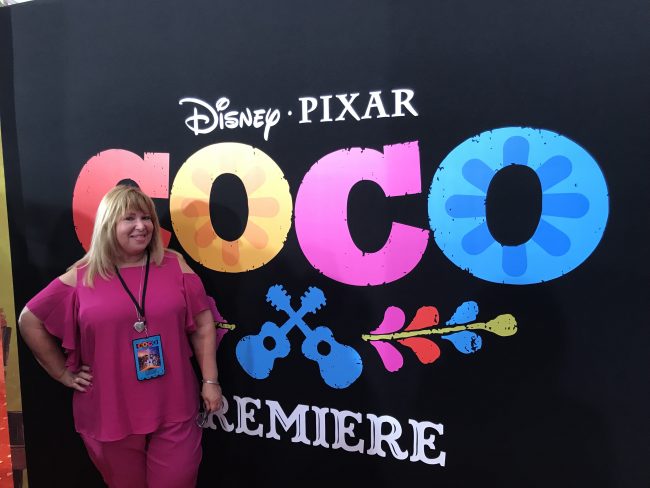 Disney Pixar’s COCO premiered Fiesta was last week in Los Angeles at El Capitan Theatre, and I had walked “the walk” on the Marigold Carpet! It was all a part of the incredible #PixarCocoEvent. Being a part of the Marigold (Yes! Not red carpet) Carpet experience was surreal. It’s always almost an out of body experience to walk the carpet, but with the subject of Disney Pixar’s COCO being the afterlife and with the Marigold Carpet’s vibe, it was like being transported to another world! 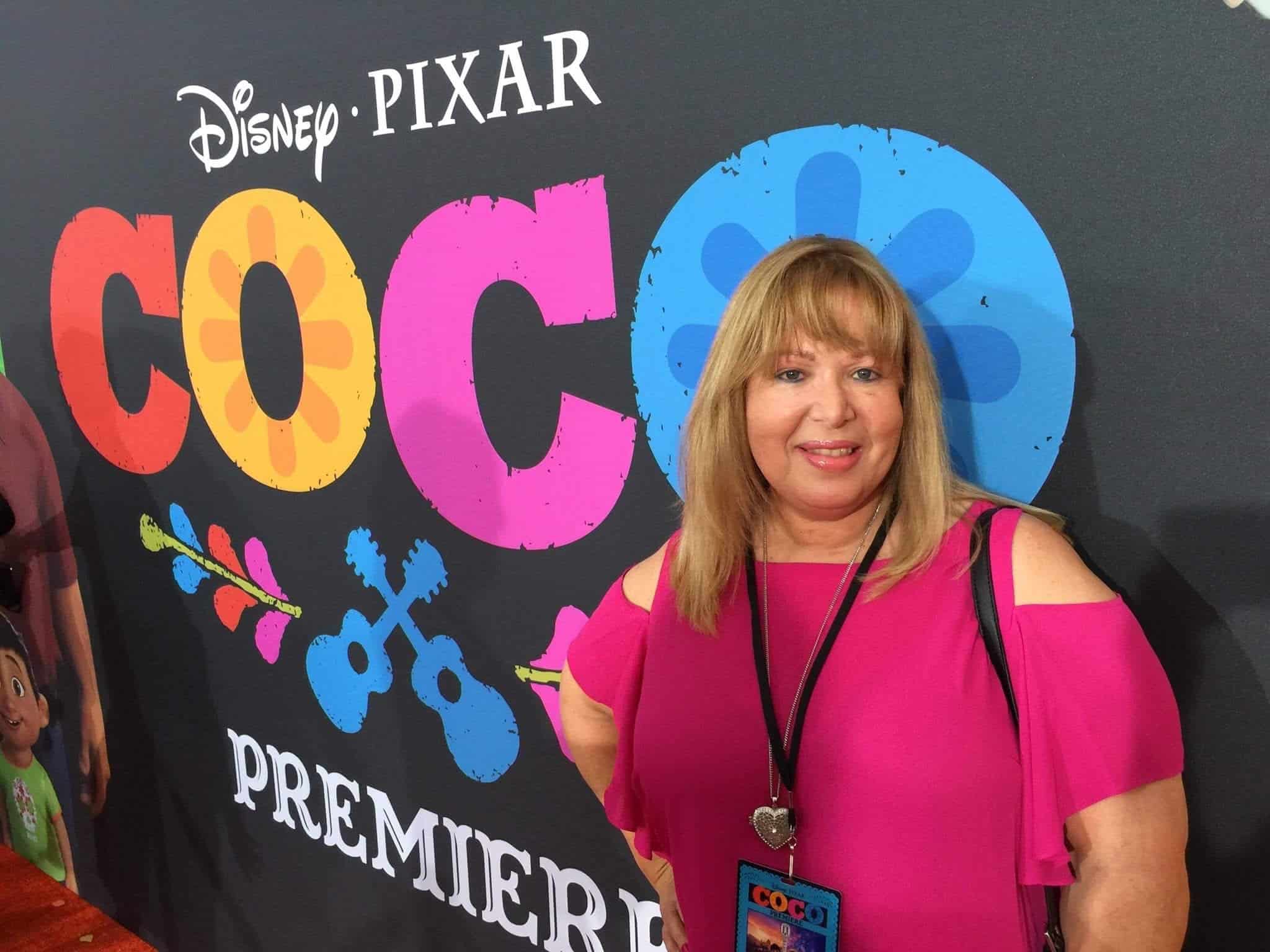 The Marigold Carpet premiere of COCO was something to behold! Filled with lots of festive activities, tacos, churro, hot chocolate, tamales, and those vibrant colors typical of the beautiful country of Mexico. With all the star power from the film, and throngs of excited people, it was like we have been transported to the land of the dead ourselves! Well, the COCO version of the land of the dead! It was so much fun to get dolled up and watch the festivities from the best seat in the house – the carpet! They even had authentic musical performances to go with the premiere, which I thought was amazing.

We saw photo-mosaic murals made from photos of premiere attendees, as well as all of the wonderful actresses and actors all, gathered together for the film. What a cast, by the way! It was one of the most energetic premiere’s I’ve ever had the privilege of seeing, and I’ve seen a few!

So, you can tell I had a blast at the premiere, but the real question you have is, “Can I take my kids to see this film?” The answer is YES! YES YES YES YES YES! It’s so good, and although it takes place primarily in the Land of the Dead, it’s about the Mexican holiday. It’s a family story that indeed can be translated into any culture! It’s not scary at all! It’s actually a heartwarming tale of a boy following his dreams and finding the power of family and friends. Here’s what Disney has to say about it:

Despite his family’s baffling generations-old ban on music, Miguel (voice of newcomer Anthony Gonzalez) dreams of becoming an accomplished musician like his idol, Ernesto de la Cruz (voice of Benjamin Bratt). Desperate to prove his talent, Miguel finds himself in the stunning and colorful Land of the Dead following a mysterious chain of events. Along the way, he meets charming trickster Hector (voice of Gael García Bernal), and together, they set off on an extraordinary journey to unlock the real story behind Miguel’s family history. 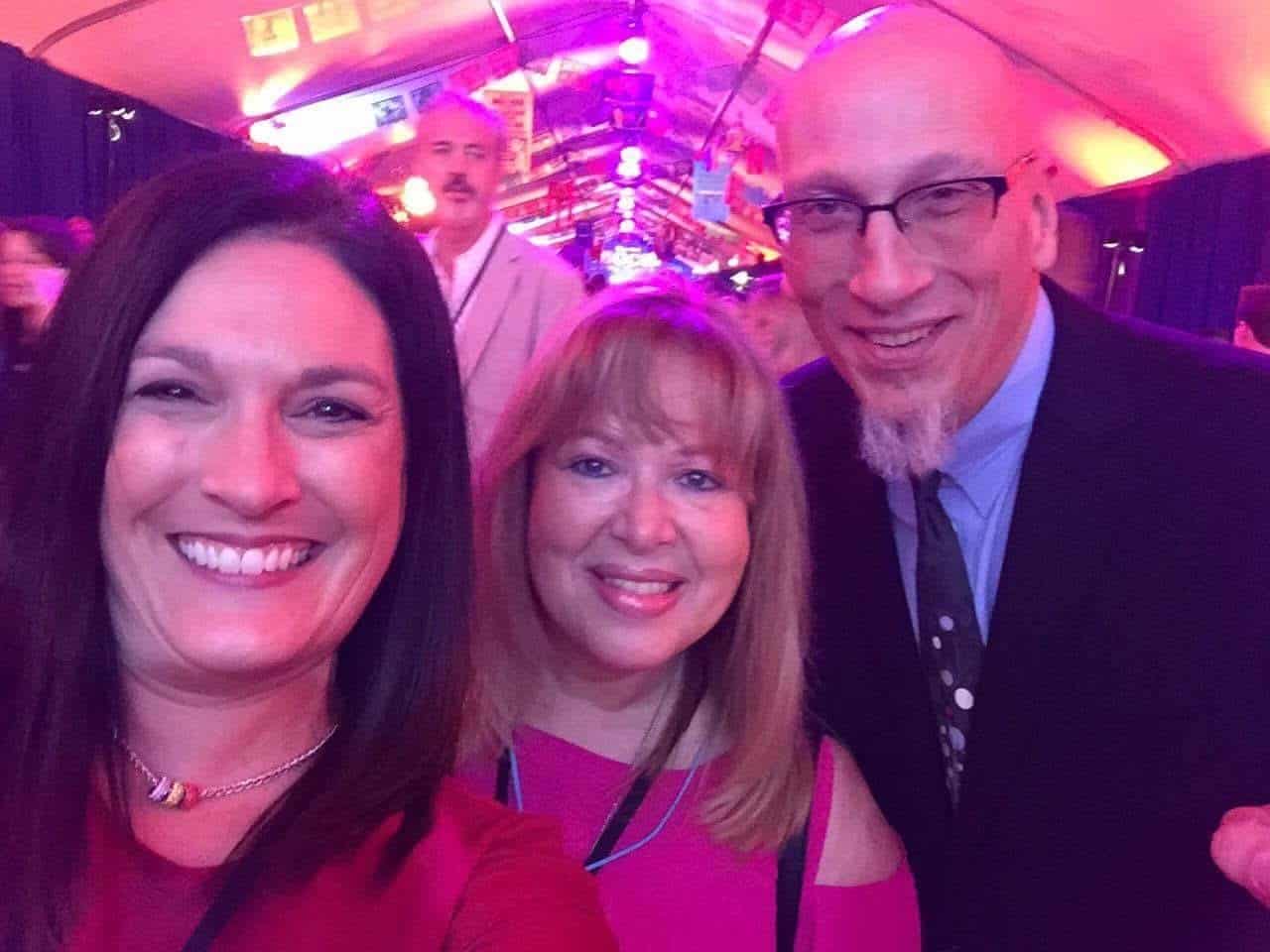 What struck me so much about this movie is how it approaches the concept of loss. While being incredibly colorful and vibrant, it does touch on the loss we all must face at some point in our lives – at multiple times, actually. As I watched this film, I recalled losing some of my own special family members and what it would be like to be able to visit with them again. And Disney Pixar handled it so deftly! It was an uplifting idea rather than one laden with the sorrow of a fresh loss. Really an A+ job. 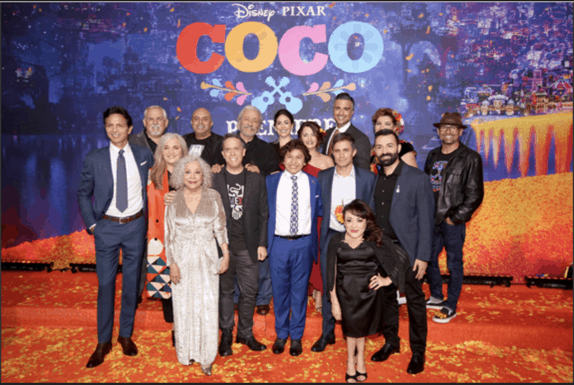 The film also expertly handled the fear we all have of being forgotten. There’s a reason we all struggle so hard to leave our mark on the world. It’s a way of showing future generations that we were there – that we made an impact. Watching Miguel interact with his family members – both alive and departed – really brought home the old saying that our loved ones live on forever in our hearts.

The entire story of Disney Pixar’s COCO was incredibly well done. Miguel, who wants to follow his dreams, must face the difficult decision of rebelling against his family to follow his dreams. That’s a concept that almost all of us can understand on some level. Between his desire to be a musician and what that could mean for his family dynamic and his trip into the Land of the Dead, Disney Pixar’s COCO deftly weaves a story of family, love, devotion, loss, and reunification in a way that had me leaving the theater with a little tear in my eye.

Before the COCO film started we got to see a special 20 minute short called “Olaf’s Frozen Adventures.” Exclusively playing prior to COCO in theaters everywhere for a limited time. The entire COCO film is a visual, musical, and emotional cornucopia that the entire family can enjoy. And along the way, you’ll learn a lot about family, friendship, and even a little about Mexican culture. I’m not from Mexico, and my family doesn’t celebrate Dia de Muertos. I actually didn’t know much about it, but Disney Pixar’s COCO educated me! It’s not about “worshiping” one’s ancestors as so many of us might think. Rather, it’s a day of celebrating our ancestors and keeping them in our alive in our hearts. By doing that, we allow their spirits to cross the marigold bridge and visit with their families once a year. It’s really a quite touching celebration and SO far removed from what most people think. Looking forward to going to watch it again this week!

See Disney Pixar’s COCO for all the Family Feels

Disney Pixar’s COCO is a fascinating family film, with a great message and so much love. Once again kudos to Disney for keeping up their game! With vibrant music, colors, and a wonderful story, Disney Pixar’s COCO is one of the best ways you can spend time together as a family. The film premiere’s in theaters everywhere on Thanksgiving Day, November 22, 2017, so make sure you’ve got tickets! If you haven’t heard of COCO yet, take a look: